District of Squamish innovates procurement from the ground up

In 2019, the District of Squamish’s departments were running their own decentralized procurement functions, without any oversight from a central procurement team. This posed challenges around process, oversight, and auditability. Due to the lack of formalized procurement processes or staff, the district relied heavily on consultants to post and manage large capital projects. The district had a budget of ~$100M in capital and operating expenses and over 100 public procurement projects to manage.

To begin the process of centralizing procurements, the district hired Anthony Jeffery as Manager of Procurement in 2019. His “department” – just him for over a year, until he hired another employee – was tasked with documenting and innovating the procurement process for the district from the ground up.

The District of Squamish used a paper-based, decentralized procurement system. Public openings had suppliers visiting the district offices to register in person and pick up copies of the bid documents. Supplier questions, addenda, and some submissions were handled by email, but it was often confusing – some emails went to the consultants, some to the correct contacts, and some to people in other departments completely. It was extremely difficult to track registrants, questions, submissions, letters of award/regret, and evaluations; most of this was done with Excel spreadsheets or paper.

Without bids&tenders, dealing with all the paper was another full-time job.

In addition, it was often difficult to receive enough competitive bids on a given project. Provincial and local legislation required that opportunities were advertised on BC Bid, the province’s public sector procurement marketplace, and in the local newspaper, but neither generated many submissions. Opportunities were also advertised on the District of Squamish website. Some large, attractive opportunities struggled to bring in even 2-4 compliant bids.

As a stop-gap solution, Jeffery put together a process for handling submissions, addenda, and questions by email, but knew that a more robust solution was needed. Jeffery wanted an effective and efficient procurement department, which isn’t possible with paper documentation and manual tracking. The department needed processes, policies, and systems, including a proper ERP system and eProcurement platform.

Jeffery was familiar with a number of eProcurement platforms, and selected bids&tenders as the best fit for the district. Since he was familiar with the system, implementation and onboarding went quickly and smoothly. 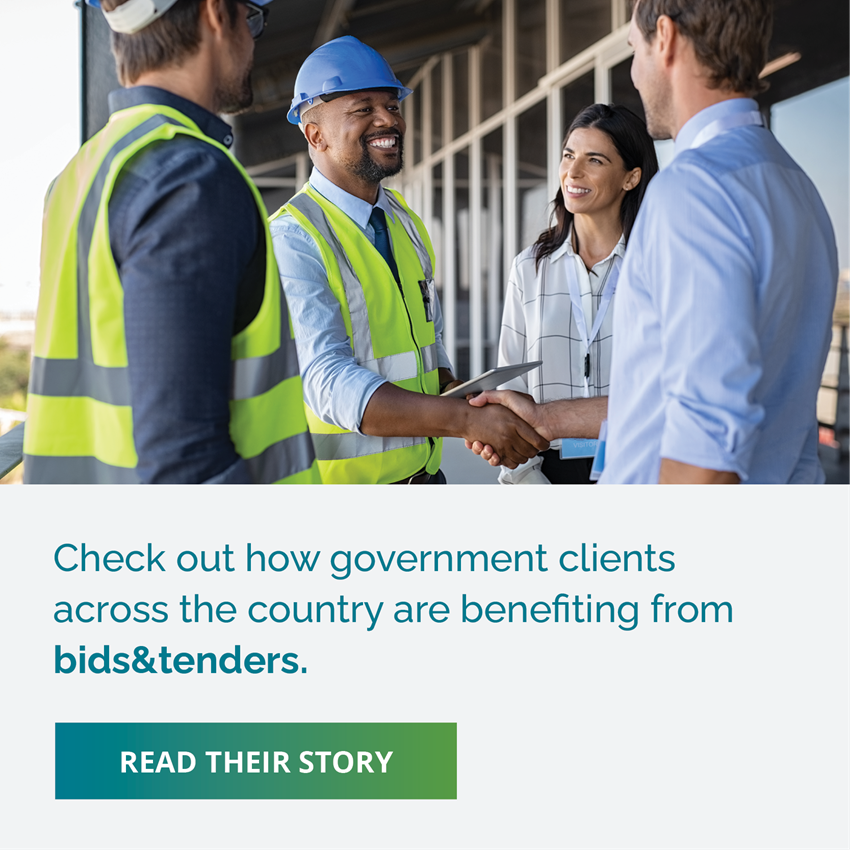 It’s easy for governments to get bogged down in bureaucracy. I’d suggest that the best approach is to just go for it, commit, trust the process, and deal with change management as you go.

When a new team member was hired, it was easy to get them onboarded thanks to the bite-size training sessions and other support features offered by bids&tenders.

The difference with bids&tenders was significant and immediate. bids&tenders makes it simpler to plan the complex procurement schedule, and ensures that opportunities are posted in a timely manner.

Since everything is a rush and departments want their bids posted yesterday, the system helps to make our process faster and ensure procurement isn't responsible for the backlog.

The time savings of the system really add up. For example, sending 10-15 regret letters on an awarded project can now be done in a matter of seconds, instead of 2-3 minutes per email. Small efficiencies, according to Jeffery, “add up to a lot of time” – about the equivalent of a full-time employee. Efficiencies also affect the schedule of future postings. For example, sending regret letters before opening the next similar opportunity helps suppliers determine their future schedule and capabilities more easily.

Using bids&tenders has also helped increase bid competitiveness. The average number of bid respondents went from 2-4 to 8-15 – an increase of 400%! The increased competition also impacted the costs; by showing plan takers publicly, District of Squamish received bids that were under the project estimate for 60-80% of its opportunities.

One unanticipated cost and time saving was thanks to the bids&tenders pricing tables. While bid submission math previously had to be verified by a consultant, which could take days or even weeks, and added an unnecessary expense, the automatic pricing tables and bid analysis in bids&tenders made that redundant.

We always had to pay for an engineering recommendation on every project, which was 90% them checking the math. With the automatic pricing tables in bids&tenders we can save the cost of doing that, because you can't have math errors.

Overall, District of Squamish is very satisfied with the system and would happily recommend it to others. In fact, they have assisted with demonstrations of the platform to neighbouring communities. One of these neighbours had a massive infrastructure project open when COVID hit. The pandemic effectively shut down government buildings, so Jeffery recommended they implement bids&tenders quickly to keep their purchasing activities going (which they did!)

Suppliers are happy too. Jeffery estimates 98% positive feedback from suppliers, noting that they occasionally have questions the first time they use it, but after they’ve submitted a bid once they generally have no issues doing it the next time. Internal stakeholders at District of Squamish are very happy with the system as well, particularly when they have to answer questions or participate in evaluations. 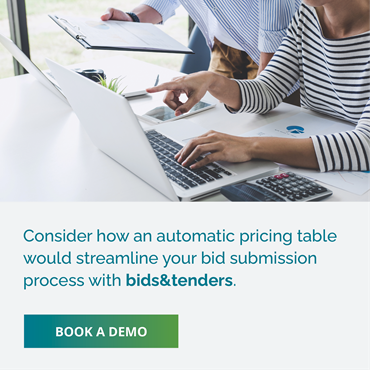 We love putting even the small jobs, under the trade treaty thresholds, in bids&tenders because it's so much faster and easier to deal with. Suppliers are notified right away and then we're good to go.

Want to see how your organization can see similar results by implementing bids&tenders? Schedule a demo and one of our account executives will be in touch to show you how!